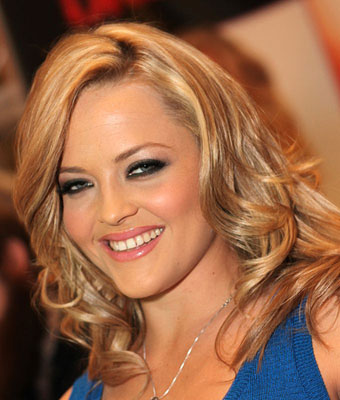 If you’ve ever spent any time in Latin America, you’ll appreciate this lass. But we’re talking Alexis Texas here, “Texas,” like, Texas, the Lonestar state, home of the Cowboys and Cowgirls, chicks with big tits who fuck and lick. Well, the infamous Alexis Texas does indeed call Texas her home, but she hails from the tropical beaches of Panama. Ay señor!

You got that right, Panama, ladies and gentlemen, Alexis slithered into this world, hot and moist, eventually presenting her tantalizing canal to a host of cocks and female fingers, which would later become the second most famous canal from Panama. Perhaps even first depending on the guy you ask.

Alexis was an army brat, a fabulous mix of German, Norwegian and Puerto Rican descent, her tan skin, bright blond hair and exceptional poop-shoot are Ms. Texas’ defining features. Alexis got her economic start in the world as a personal care assistant but later moved into the adult film industry after a brief stint at Texas State University studying respiratory care therapy. Honestly, these shit careers some of these girls initially take on, it’s no wonder they end up riding ding-dongs – the pay is better and who wants to sit around devoting their lives to breathing issues.

Texas leaped on the scene with a gentleman by the name of Jack Venice. Solid moniker, Mr. Venice thoroughly annihilated Alexis’ puss-puss in Shane World’s College Amateur Tour in Texas. As a good slut does, Texas was then off to Bang Bros, a solid outfit of Hassidic Jewish young men … Just kidding, Bang Bros are dudes with impressive meats who fuck all sorts of chicks from California to Florida and everywhere in between. Texas took those oversized cucumbers like a real pro leading to an impressive one-year contract with the esteemed Adam & Eve.

Getting back to Alexis, if you want to slither up into this sumptuous canal, then the Outlaw Fleshlight cock sleeve is the apparatus for your sick fantasies. Odds are you’ll never bone a chick this hot, no offense to your homely companion. But c’mon, pull up those Google images again, you’ve got to be fucking kidding me. The best way to ride this chick is the images up, a towel by your side, the Outlaw in hand, and some wetnaps if you soil your computer screen. But you’ve soiled that shit before haven’t you. Not like this you haven’t.