All Fleshlights, textures & orifices of Stoya 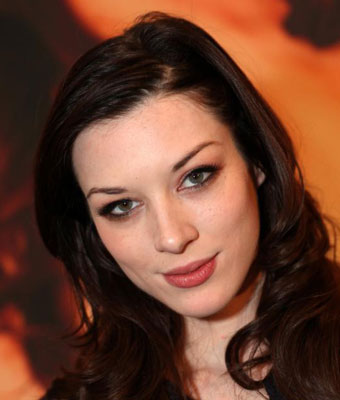 Stoya wanted to fuck on camera but traditional pornography didn’t interest her. She expressed a clear interest for fetish themes, scripts that were more artsy in nature. In 2007 Digital Playground signed Stoya to an exclusive, three-year deal and soon thereafter Stoya Video Nasty was released, aptly portraying the Scottish/Serbian bombshell getting hammered with the best of them.

Stoya’s pussy has driven men (and women) bonkers over the years. Marilyn Manson dated Stoya in 2009 and reportedly could not get enough of her. Fucking Stoya’s pussy will support that, giving you the same sensation that Manson had when he was fortunate enough to enter the dear lady. Stoya’s mouth is a seasoned player in the blowjob arena, gently accepting rods of all size and then grasping down, nearly ingesting them until gooey loads are delicately deposited. Having Stoya’s mouth around your unit is the perfect night-cap, guaranteed. Lastly, that ass, Stoya’s round mound, what a piece of work. A tight fit (as they tend to be), but just imagine her glancing back up at you, urging you to fuck it harder, smacking her like in Babysitters, the fan award Stoya received for Hottest Sex Scene. Prepare your surroundings before fucking any of these three. You’ll be transported to another realm, full of screams, extasy and moist conditions.