The lotus sleeve is one of the oldest inserts of the Fleshlight Girls series. It earned a reputation as “the” standard sleeve because you can combine it with almost every girl. At the same time it is one of the most discussed inserts that ILF ever published.

It is considered to have a highly realistic texture. There are no fancy chambers, instead it concentrates on a special curved constriction – the lotus node – which is the reason the sleeve is called as it is. The lotus node is located approximately in the middle of the insert, about 3.9-4.7 inch (10-12 cm) away from the orifice. Therefore Lotus is not the best choice for men with a short penis. You should at least have a length of 5.5-5.9 inch (14 or 15 cm). If the penis is too short it either does not even reach the lotus node, or it does not have the ability to reach into the preceding chamber for the full penetration effect.

Fortunately ILF offers a Mini Lotus insert that specifically targets men with a shorter penis, that want to experience this satisfying sensation. This modified Lotus version has the lotus node closer to the entrance. Therefore even short penises can get everything out of this special texture.

The lotus node provides a realistic resistance as can be experienced by the muscles in the vagina. The remaining parts of the Lotus insert concentrate on building up a vacuum in different degrees, which lead to more or less strong suction effects. This results in a strong varying stimulation that plays very well together with the previously described lotus node.

Lotus chamber in the middle as the main stimulator

The first 2.4 inch (6 cm) are formed by a small channel that slowly transitions into a larger and wider chamber. This part can be seen as the calm before the storm because just after this part the lotus node strikes in all its intensity. After 3.9 inch (10 cm) you reach the high intense stimulation of the lotus node. Subsequently follows another wider chamber, releasing the previously built pressure. At 5.5 inches (14 cm) into Lotus a series of four equal sized oval chambers starts. These chambers produce a high vacuum together with the lotus node. When entering one of the chambers this suction effect leads to a tight feeling around the constriction, because the walls tighten around the penis. The texture tightly slides along the penis in every new chamber. Especially men with a penis size of 6.7 inches (17 cm) or more will enjoy this sensation, because every constriction adds additional tight pressure along the penis. The most of the stimulation although happens in the areas before.

A realistic impression that massages smoothly

Lotus allows for a soft sliding into the sleeve, without overloading your senses in an early high stimulating chamber. After leaving the first few inches behind a tight sensation starts. The lotus node already awaits the penis head, and is penetrated with a gentle push leaving a highly stimulating feeling as if you pushed through an imaginary barrier.

After this centerpiece the texture starts to tighten again, increasing the sideways pressure on the penis. In the meantime the penis shaft gets massages gently by the lotus node. The following pressure chambers can be fully penetrated, although Lotus often gets used in a different fashion.

The orgasm quality is very intense and often felt more intense than with other realistic sleeves. On the other hand it might even be too intense for realism seekers when used with a high thrusting speed. 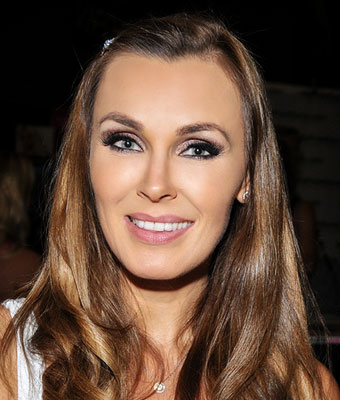