One continuous but changing chamber

Kimmy Granger’s Mischief uses a continuous one-chamber design. But even though the structures one the inside remain the same throughout the whole length, the diameter of the canal changes. This gives the texture a livelier feeling and varies the intensity and tightness of the structures a bit.

Immediately after entering through Kimmy Granger’s butthole you start in the first and only chamber of Mischief. In it you are welcomed by the beginning of the large ribs, that create the spiral within this texture. These ribs have a width of 0.4 inches (1 cm) and are twisted in order to create this large and intense vortex. The canal diameter of the texture varies between 1 and 1.2 inches (2.5 – 3 cm). But because the ribs also vary in height, reaching almost 0.4 inches (1 cm) at their highest points, the available diameter between the curls remains steady at about 0.6 inches (1.5 cm). This makes the Mischief texture extremely tight, considering that it keeps repeating these tight constrictions throughout the whole canal.

On top of the large cross rib spiral, Mischief also features smaller and thinner longitudinal ribs. These run below the large ribs lengthwise through the texture. But because they are placed under the main vortex, they only create a secondary stimulation in the gaps of the broad rib structure. Speaking of the gaps, they are also 0.4 inches (1 cm) wide, providing enough space to perceive the different turns of the whirl.

When thrusting through the texture the main stimulation comes from the huge ribs and their edges. But also, the varying diameter adds a lot of depth to the experience. It creates this seemingly pulsing sensation, when the texture switches from a wider and retreating section to the rigid and firm pressure of the tighter spots. As a result, the perceived intensity and tightness changes with the diameter, even though the space in between the texture practically remains the same. The continuity of the spiral keeps the stimulation high throughout the complete canal of Kimmy’s Mischief.

Continuous intense and made for all lengths

The deep grooves and interspaces between the ribs take their toll during the cleaning phase. These gaps make it easy for residues to be left behind. Therefore, you should make sure to thoroughly clean the various grooves, especially those around the center. Even though the perceived diameter is quite low, the large gaps let enough air flow through the texture to not affect the drying time too much.

Kimmy Granger offers you an exclusive impression of her backdoor with her exciting and novel Mischief texture. The long spiral consisting of huge ribs creates an intensive and extremely stimulating experience. Due to its repeating nature the texture can wholeheartedly be recommended to men of all penis lengths. Kimmy Granger’s ass awaits you with Mischief! 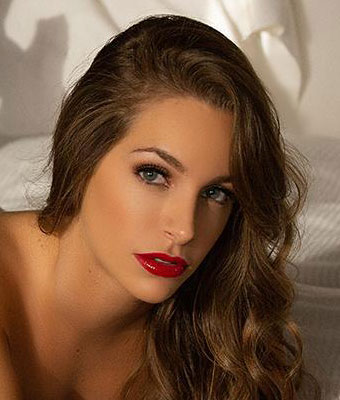