This texture is discontinued and may not be sold anymore.

Different chambers throughout the whole texture

Legend can hardly be classified into chambers. There are just too many different structural elements, following each other that such a partition would make sense. Instead these different sections follow each other with smooth transitions creating immense stimulating diversity. At the beginning of the insert Legend combines tightness and intensity. Later on in the middle part everything is about penetration and suction. Finally the last part provides the stimulation climax.

The entry of Jenna Jameson’s Legend is a 0.8 inch (20mm) long chamber, consisting of three oval sub-chambers that increase in size. They are each separated through a cross rib. The real magic although does not happen until the next chamber. This 0.8 inch (20mm) long and 0.6 inch (15 mm) wide channel consists of three elongated, spirally twisted long-stemmed bumps. These produce a triangular, twisted hole offering a gentle tightness.

Subsequent to this channel two rows each consisting of four pointy bumps (the second row being larger) point towards the middle of the passage. This highly stimulating section is followed by a wide chamber, leading into the penetration part of Legend. The latter is composed of three cross-ribs, positioned closely to each other. These ribs form rings with small constrictions in the middle, which need to be passed in order to push deeper into Legend.

After the last cross-rib, you enter the last large chamber that makes up the rest of Jenna’s legendary inner texture. This final part still offers a lot, starting with a highly stimulating spiral. It is composed of twisted and rotated long-stemmed grooves and small, twisted wave-like landscapes with a small ring consisting of additional three bumps in the middle. After this highly stimulating twist another landscape of long-stemmed bumps appears before Legend ends abruptly.

The final passage is already very deeply into Jenna’s insert. In order to reach the spiral after the three cross-ribs you already need 6.3 inch (16 cm). Therefore Legend is especially targeted at men with a longer penis, although you do not have to reach the final chamber in order to perceive the intense stimulation of this texture. Lovers of tightness and penetration will also be very satisfied with the early parts of Legend.

Amazing sensations from start to finish

After entering through Jenna’s pussy it gets tight. The channel diameter rapidly decreases, leading to a firm pressure. As quickly as this feeling came up, the channel gets wider again before the penis head enters the triangular spiral. This part gently winds around the penis head while a soft sideways pressure holds the penis in a tight grip. In order to decrease the pressure the channel gets wider again, transitioning into a high intense stimulation through the bump rings with the pointy tops. They passionately stroke over the surface of the penis head, while it heads towards the next constrictions. The cross-ribs forming the next three holes build a great sideways pressure while penetrating each of the rings. In between of these rings the lube aggregates creating an exciting sensation after the preceding tightness. After these highly stimulating penetration experiences the last large chamber is about to appear.

Entering the chamber immediately reduces the predominant intensity of the previous structural elements. Instead the texture changes to a rich landscape of bumps that leave a splendid sensation of stimulation on the penis head. While the bumps stimulate the penis directly, the thrusting movement slowly aggregates the vacuum within this broad chamber. With every pump the suction effect increases leaving a pleasurable sensation along the penis, that only few inserts come close.

The last inches of Legend can only be reached with a long penis but definitely offer a great stimulating experience on the penis head. Jenna Jameson’s legendary insert offers great tightness paired with an amazing penetration feeling completed by the extraordinary suction effect.

If you warm up your lube before usage, the feeling in between the cross-ribs will definitely pay off the effort. This will lead to an exciting feeling after sliding through the tight passages into the warm liquid.

Legend, the name says it all. Jenna Jameson’s exclusive insert provides a great penetration and tightness sensation paired with exceptional suction. With a good intensity the texture still provides a highly realistic experience with a great variety. You should at least reach the last chamber for the perfect sensation. 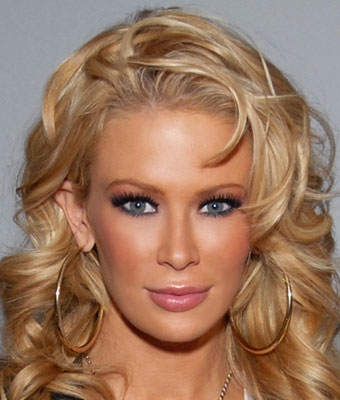 "Jenna Jameson 2 2008" by Toglenn - Own work. Licensed under CC BY-SA 3.0 via Wikimedia Commons.
Want to know more about me?