The opening of Thuner is Megan Rain's asshole. This is the detailed imprint of the real thing and provides the first point of contact with the texture. Next to it is the signature of the star as usual.

Thunder is an intense texture with a typical, steady rhythm. This means that the texture relies on constant elements from the beginning. However, these elements are extremely intensely stimulating. Thus Megan Rains Thunder covers the entire spectrum of texture elements with large pimples, hard edges and playful ribs.

There is a small deviation from the typical 1-chamber system. So the initially elongated pimples change, first to round elevations before they turn into angular ribs.

This journey through Megan Rain's Thunder Fleshlight begins with piercing the opening. Directly behind it the first nubs immediately welcome the tip of the penis. These nubs are 1 cm long elevations, which are placed close together. This group of nubs extends along one side of the channel. Later on, it is these elements that will change in every third of the texture.

Otherwise, there are also elevations up to 2 cm wide in the canal. These taper to a point at one end and are also sloping from the center to the sides. Thus they have large lateral surfaces, which meet at a firmly rubbing edge.

On the surfaces of these previous structures facing the opening there are still 0.5 cm protruding ribs, which wait for your best piece in a zigzag pattern across the channel. These structures trigger an intensive and highly abrasive stimulation, which contributes a lot to the overall intensity.

Roundish pimples, the calm before the storm

As announced in the previous section, the elongated studs are replaced after the first third. In their place there are now round and wide burls. These have a diameter of 1cm, so they are much wider than the previous ones. But they do not protrude so far from the channel wall. This leaves more space inside the texture.

Firm edges to the end

In the last third the roundish burls, now solid edges, which are placed crosswise to the channel course, give way. These appear in groups of three and are offset in height. In this way they generate maximum stimulation. In this late section, the tip of the penis will be found at most. At the same time these edges are by far the most intense structure that Megan Rains Thunder has to offer. This also ensures maximum stimulation at the end.

Consistently intense and yet varied

The Thunder Fleshlight starts extremely exciting and keeps this level until the end. The structures hardly change in the course of this pleasant antique texture. However, the small changes have a very good effect on the sensation. The short pause in the middle part is the ideal contrast to the hard edges at the end of the texture.

Because of the throughout similar structure Thunder is also very suitable for all possible penis lengths. Although it is of course desirable to reach at least with the tip the edges in the last third.

The high amount of elongated nubs and the many small recesses make cleaning Megans Thunder Fleshlight a laborious process. The gaps must be wiped well with the fingers to make sure that no residual liquid is left in them.

When drying, the small space inside is especially important for the long duration. However, as with cleaning, the many grooves and spaces contribute significantly to increasing the time required.

An intense orgasm simply has its price. 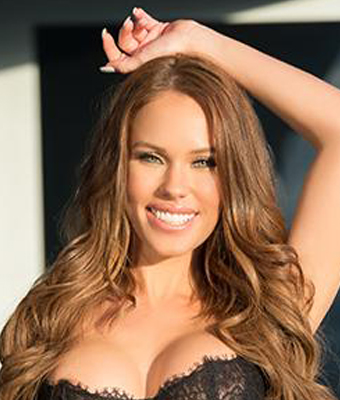 Fleshlight.com
Want to know more about me?