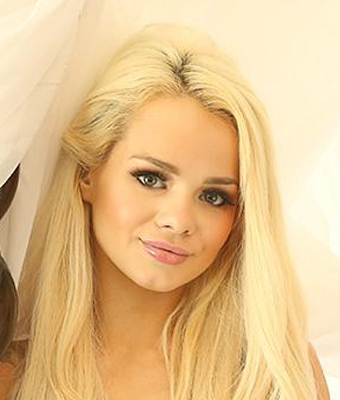 Elsa Jeans name is a reference to the movie “Frozen”. Despite her young age Elsa has already worked with the studios 3rd Degree, Evil Angel, New Sensations, Diabolic, Digital Sin and Airerose Entertainment as well as websites Zefporn, Team Skeet and Ero Curves. She was first nominated for an award in 2016. Since then she was nominated for AVN, Spank Bank, Spank Bank Technical, XBIZ and XRCO Awards of which she already won some. This is a result of her impressive work record, because despite her young age Elsa Jean has already over 300 accredited scenes to show.

Elsa joined the Fleshlight Girls in July 2018 accompanied by two completely new textures. Her impressive pussy texture is called Tasty. It provides incredibly tight passages for a lady texture and shows off with novel bump combinations and an amazing twister. It is an amazing and tight ride, just as you would imagine Elsa Jean to be.

Her won awards include: