A reason for this is very likely also the fact that her first texture was quite popular. In fact it is so desired that ILF, the producer of the Fleshlights, decided to elevate it from an exclusive Girls texture to the status of a Fleshlight classic. Therefore Barracuda is now available in the configurator, where you can freely assemble your own Fleshlight. As a result Lisa Ann was suddenly left without a personal exclusive texture, which might also have been the reason to introduce Savage.

Evenly spread and many ribs

The main characteristic of Savage is the wave-like pattern consisting of longitudinal and cross-ribs. They place consistent strokes with varying force on the penis, creating a changing sensation of stronger and softer pressure from all around the walls.

One chamber with waves of stimulation

The pattern of the texture in Lisa Ann’s Savage stretches over the whole length of the Fleshlight. It completely relies on rib structures as primary means of stimulation. They are shaped in two very distinct ways.

The first kind is a long and thick longitudinal rib. These stretch over the whole length of the texture. With a width of 0.6 inches (1,5 cm) they are also the largest structure in Savage. But they are not placed in a straight line, but rather in a zigzag pattern. They have 4 points where they change the direction to create such a shape.

The second type of ribs is the cross-rib. They are placed in a right angle to the canal direction. These ribs are much smaller with a width of only 0.15 inches (0,4 cm). The gap between two of these ribs measures the same distance. Additionally they are placed in a wave-like pattern, where the ribs form larger and smaller waves, when pushing in a straight line through the texture. This shape is a result of the placement of the large ribs, because the smaller ones fill the remaining space that is uncovered by these large structures.

The result is an interplay of fewer wide, continuous and a multitude of narrow ribs. While the penis glides through Savage, the wide ribs preferably create a firmly rubbing sensation. On the other hand the smaller ribs provide the penis with an increasingly punctual stimulation that evolves into a soft vibration.

The diameter within the canal varies between 0.6 inches (1,5 cm) and 1 inch (2,5 cm), depending on the spot where we measure. Between the structures remains less space, than when measuring between the interspaces. In general it can be concluded that the texture is narrow but not necessarily tight. As a result the individual ribs are much better perceivable, which has a positive effect on the overall stimulation.

Pleasant stimulation in a monotone corridor

The multitude of grooves between the cross-ribs, unfortunately also provide hiding spots for residues after the fun has ended. Therefore you should make sure that you thoroughly clean these sections. Thanks to the large longitudinal ribs and the generally wider diameter the overall cleaning time remains around the average time. The drying time on the other hand is good due to the simple structures.

Lisa Ann has a new exclusive texture with Savage. It pays tribute to her magnificent ass and impresses with a consistent and exceedingly pleasant stimulation. Otherwise the texture remains relatively simple and also a bit monotonous. The intensity of the smaller ribs should not be underestimated though! 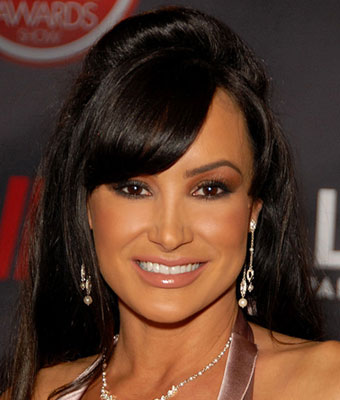