As common for the Girls, the first exclusive Fleshlight of Riley features the Lady orifice. It shows her perfectly molded tender pussy as the opening for the following wild sensation. Next to it in subtle lines resides her signature.

The texture itself is extremely diverting and already starts off with much intensity. This level is held until the very end. In the process, the structures change with every inch, providing an extensive amount of stimulation. Especially in focus are the multiple, but varying cross-ribs. They exist in various versions and are often accompanied by large nubs. Now let’s head into the inner of Riley Jensen. But beware, it gets wild!

Riley’s Wild can be split into three different areas. The first begins shortly after the orifice and leads almost to the middle of the texture. From there, the second part with roughly the same length continues. Finally a shorter third chamber tops the texture off. What they all have in common is a high amount of intensive and large ribs. Yet, they are all shaped in different ways and therefore provide an excellent variation. Between the sections are transitions that heavily utilize larger round nubs. The texture starts, though, with a narrower, ribbed path…

Next in line is a 0.6 inches (1,5 cm) long transition section. It features a 0.4 (1 cm) inches deep and 0.6 inches (1,5 cm) wide nub ring. This ring consists of 0.4 inches (1 cm) large round bumps that are placed just next to each other. They create, after the previously vibrating, rubbing experience, a more punctual sensation with each thrust. Following these sensitive first steps of Riley Jensen’s Wild is the first special structure of the Fleshlight.

This first highlight is an exciting grid, created by ribs that run along the canal and in crosswise direction. The ribs have a width of about 0.2 inches (0,5 cm) and a rounded shape, which makes them declining on both side. The grid consists of 4 cross-ribs of this kind. They cross the canal in a right angle. This is an important fact to highlight, because the longitudinal ribs are not in a perfectly straight line. Instead they are slightly twisted in clockwise direction. As a result an intensive grid of ribs takes shape, but instead of quadratic interstices they have a shape more similar to a diamond.

Because the ribs are not completely straight either, but have as mentioned before a rounded shape, the interstices taper off on their lowest point. All this leads to a consistent and pleasant rubbing when the penis glides over the grid. Because the diameter within this section is rather wide with 0.8 inches (2 cm), this passage only creates a weak pressure from the sides. Therefore the grid is pleasantly stimulating, but not very intense, thanks to the combination of the soft grid and the wider space. Due to this the alternating texture is nicely distinguishable.

After 1.4 inches (3,5 cm) the rib grid, and with it the first section of Wild, come to an end. Even though this part was at a moderate level on the intensity scale, the structures already provide a great stimulation. The wider canal diameter makes the elements stand out more to the penis tip. The reason is that a high sideways pressure (generally due to a narrow diameter) creates too much sensation, making the penis number towards the small details of the texture.

Just before the middle the second chamber of Wild continues the experience. This is also the largest section with a total length of 3.4 inches (8,5 cm). It begins and ends with a similar structure: a constriction, which has the shape of a ring but also features bumps on one of its sides. These bumps are located on the inner, therefore the center facing, sides of the constrictions. The penis gently glides over the first nub ring when pushing into the chamber, but at its end the second row now frontally faces the penis tip creating a stronger resistance. Naturally this effect is in reverse when pulling out of the chamber.

The main part of this section, though, lies within the 2.2 inches (5,5 cm) long part between these constrictions. In here the focus once more is on crossing ribs. Unlike before they are much larger in size, as in the previous chamber. The cross-ribs are once more placed in a right angle to the canal direction. But this time they are 0.4 inches (1 cm) high and have a depth of 0.2 inches (0,5 cm). As a result they reduce the remaining canal diameter to only 0.6 inches (1,5), which noticeably increases the pressure. Between the ribs is a gap of 0.4 inches (1 cm).

Similar as in the first chamber this one also features longitudinal ribs. This time though, they are not as numerous anymore but instead much larger in size. Furthermore they twist into counter-clockwise direction in this section. Even though they are much longer, they have a narrow surface area, giving them fine edges at their rounded peaks. These ribs mixed together create the shape of a small vortex passing through the large cross-ribs.

This whole chamber provides the patiently awaited intensive stimulation of Wild. The large cross-ribs firmly rub along the penis and provide a soothing penetration sensation. At the same time the edges of the longitudinal ribs glide in a twisting motion over the penis. All this is topped off by the alternating stimulation of the two bumps rings at both sides of the chamber, which steadily keep a tight grip on the penis. Within this section a strong but quickly changing pressure is omnipresent, created by the nubs and edges of the ribs. One more narrow transition finally leads into the last chamber.

The constriction at the transition between the second and third section is only 0.4 inches (1 cm) wide. But it quickly widens again, leading into the final chamber. This increasing of the diameter is accompanied by a gentle texture, which pleasantly rubs along the penis. After about 0.4 inches (1 cm) the chamber reaches its final width of 1 inch (2,5 cm). Straightaway the penis is welcomed by another ring of large but few round bumps. The texture then has another two mid-sized cross-ribs placed in front of the tip, before the Wild texture comes to an end.

This chamber starts after about 7 inches (18 cm) into the texture. Therefore it won’t be in reach for many men. But even though it provides a pleasant finish of the texture, it is no pity to not reach into it. The chambers before it are much more interesting and spectacularly designed, not to mention the stimulation which does not even come close to its predecessors.

This area still has a great benefit. It provides the sleeve with a space for air to build up a pleasant vacuum.

Wild of Riley Jensen has a lot to offer from start to finish. Contrary to its name the texture starts rather mild, but the intensity continually increases throughout its course. While the first ribbed path is still caressing and soft, the first chamber already provides a great stimulation. The main chamber, also with the highest intensity, is located around the center of the texture. In there the texture gives a hundred percent and lives up to its name.

The last chamber is unfortunately unreachable for many men, but it still plays an important role. Thanks to it there is enough space for a rich vacuum. It quickly accumulates and increases the already intensive structures even more. While this is enjoyable most of the time, it can also become too strong quickly. Therefore loosening the cap (or even taking it off completely) at the end of the case will reduce this intensity. This makes all the structures more comprehensively perceptible.

Even tough ribs are the most common element within Riley’s Fleshlight, it is still extremely versatile. The ribs are optimally combined with other structures but also with each other, providing a completely different sensation in each section.

The multitude of grooves, ribs and gaps between the structures demand a toll and that is the price of a more complex cleaning process. Ultimately one likes to get rid of all residues from the inside of Wild. Especially the middle section provides a lot of interspaces for these residues to remain. Therefore you should pay attention to these parts in particular.

Wild – soft, pleasant and yet intensive!

Wild is the perfect Fleshlight texture for Riley Jensen. It starts just like her career with a pleasant and softer episode. First, wider and nicely stimulating it rapidly gets intensive and rougher. The interplay between these structures creates an extensive sensation with each thrust. Riley Jensen’s Fleshlight truly is Wild! 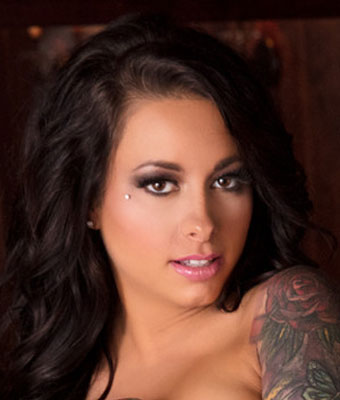 © https://www.fleshlight.com
Want to know more about me?
Check offers